Categories: Everyday caring, My parent is in care, My parent is just getting older, Relationships, TechnologyBy Jenny Waycott10 April 2020Leave a comment 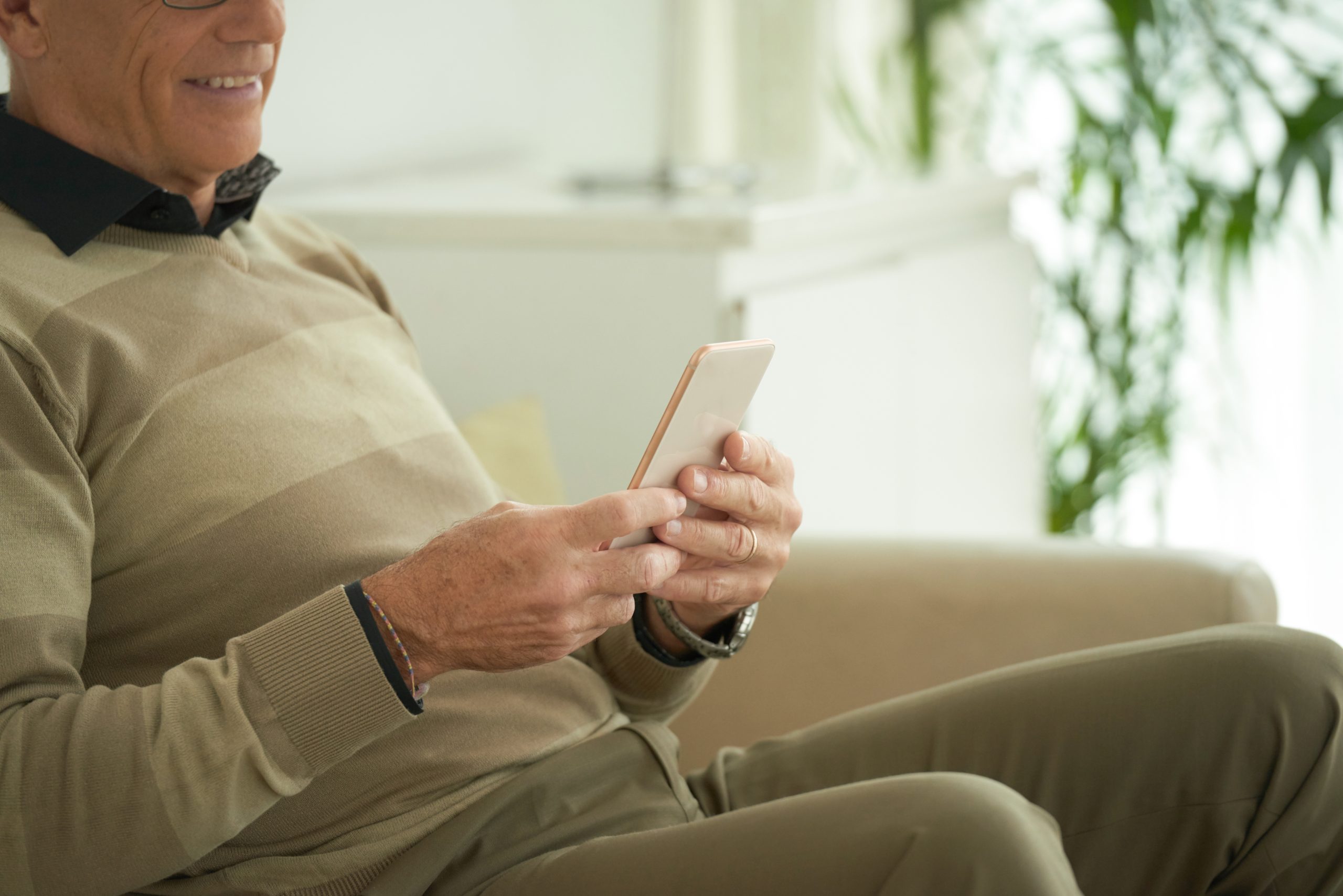 John*, a widower, is a retired engineer aged in his 90s. He lives alone in the family home and has struggled with loneliness and depression since his wife passed away. He feels frustrated that as he gets older he can no longer do many of the things he used to enjoy, which exacerbates his sense of feeling alone in the world.

In Australia, one-quarter of people aged 65 and above live alone. Some older people, like John, will be vulnerable to social isolation, which occurs when people have limited opportunities for human contact and become disconnected from society.

Not all older people who live alone are socially isolated. And social isolation is certainly not limited to old age. But social isolation in old age is a significant concern. It is linked to a range of health problems and, in extreme cases, can lead to people growing old and dying alone.

There have been public calls to address social isolation. Earlier this year, UK Health Secretary Jeremy Hunt controversially urged people to invite lonely elderly strangers into their homes in an effort to avoid “lonely deaths”. In Australia, many aged care organisations and local councils offer social programs designed to help older people stay connected to others.

But for older people with limited mobility it can be difficult to take part in organised social activities. And not everyone wants to invite strangers into their homes. For these people, social technologies could provide valuable opportunities to stay connected to the world.

Older people are going online at growing rates and social networking is no longer considered the domain of the young. Pew Research Centre found that that more than half of American internet users aged over 65 now use Facebook.

But not all older people feel comfortable using social networking sites. Existing sites, such as Facebook, can be confusing, with too many functions, distractions and extraneous information. Some older people, meanwhile, fear a loss of privacy and malicious intent when communicating online.

Researchers at the University of Melbourne developed a prototype iPad application, Enmesh, to explore how social technologies can be used to help alleviate older people’s experience of social isolation. The app was a simple social networking tool designed to be easy, fun and safe to use. Its simplicity meant it avoided many of the problems that make existing social networking tools difficult or unattractive for older adults.

Enmesh was used to share captioned photographs and messages within a closed group. The photographs then appeared on an interactive display on each person’s iPad screen. This provided a safe and fun space for people to learn how to use the iPad’s touchscreen and camera while also developing new friendships.

John was one of several older adults, mostly aged in their 80s and 90s, who took part in a series of studies to trial Enmesh. During the study, John shared over 100 photographs and messages with other older adults, all strangers to him at the start of the project.

Sharing photographs might seem like a simple and familiar form of communication to those of us who use social media every day. But for John, and others like him, it was a revelation.

Many of John’s captioned photographs provided personal, poignant – and sometimes humorous – descriptions that illustrated how he felt about ageing. Others could relate to his experiences and felt they got to know John through his photographs.

One of the older adults John connected with was Sarah*. She said the project gave her a sense of belonging to a group. She enjoyed sharing and seeing other people’s photographs. They provided “little snippets” that gave her insight into people’s lives. Sarah said:

It’s lovely to have conversations and I don’t have nearly enough, as I rarely go out or have visitors. I love it when one of those things is possible, but in the meantime this is a wonderful way of keeping in touch with folk.

Older adults who are socially isolated may have few opportunities to share information about their day-to-day lives. Photo-sharing with peers provides an important outlet for this communication.

Technological innovations for older people – such as emergency alarms and devices that monitor activity – are typically designed to compensate for frailty and provide peace of mind for family members.

While these innovations are important, the Enmesh study has shown that technologies can offer powerful social opportunities for older people too.

As consumer technologies continue to advance, there will be more opportunities to enhance older people’s social worlds through technology. Alongside growing innovation, we need to build capacity in the aged care workforce to ensure the aged care industry is mobilised to take advantage of new technologies.

Profile Articles Activity . Jenny Waycott is a Senior Lecturer in the School of Computing and Information Systems at the University of Melbourne. In previous work, Dr Waycott investigated the use of social media in higher education, the role of mobile technologies as learning and workplace tools, and the design of social technologies for older adults. Currently, Dr Waycott is investigating how emerging technologies (e.g., virtual reality, companion robots) can and are being used to support social and emotional wellbeing in later life, in a project funded by an ARC Future Fellowship.

Dying with dignity with dementia
25 May 2020