Dying with dignity with dementia

Categories: Death, Health, I need help with my parent now, My parent is in careBy Simon Chapman25 May 2020Leave a comment 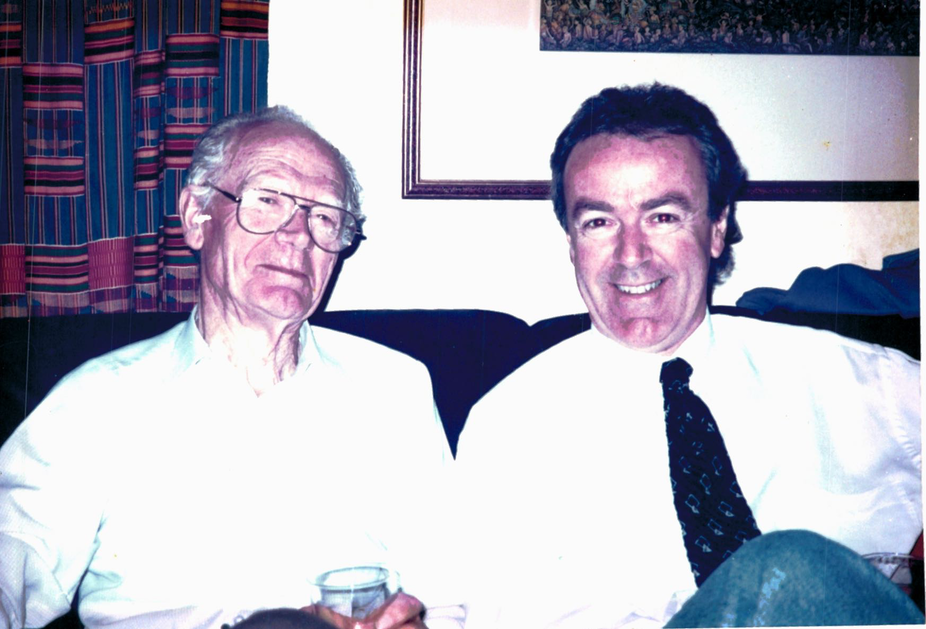 My father Alec, who died peacefully at 89 in his sleep, had dementia and lived in a nursing home for the last seven years of his life.

After Mum died, he lived alone in their Mittagong home for about a decade, but as he moved into his 80s, we noticed that many ordinary tasks were getting beyond him. He could no longer operate the television, stabbing away randomly at the keys on the remote and unable to follow the simple large print step-by-step instructions we’d left for him.

Other than tea and making toast, cooking was too challenging so he ate most meals at a local truck stop hamburger joint around the corner from his house. My sister and I in Sydney would get occasional confused phone calls where his frustration was obvious but the precipitating incident forgotten as he called to ask for help about something he then couldn’t recall.

Finally, a local widow he had been seeing for a few years (“we deny each other nothing” she told us more than once) apologetically told us that his confusion was getting too much for her.

Both my sister and I worked full time and we had no spare rooms in our homes, so we very reluctantly began the search for a suitable nursing home. We found one about five minutes away from my sister’s house where he had a pleasant self-contained two roomed flat with a garden view.

From the day he moved in, dad complained that the place was full of old people, even though he was among the oldest. He was a private man and kept mostly to himself.

My sister and I would have a ritual call to each other every Friday to see who’d have him home Saturday, and who would take Sunday. He’d go with us to shops and cafes, but mostly liked just sitting on the lounge where he would try to read the newspaper. We often saw that he was holding it upside down. If friends came around to our place, they found him always well dressed, congenial and up for a chat.

We started to get increasingly bizarre and panicked phone calls from him at the nursing home. He was English and moved to Australia in 1949. “Where are you?” he’d demand. “I’m here with my bag packed and the plane to England will leave soon. The house has been taken over by people who are not looking after it, and I’ve got to get over and sort it out.”

We’d call him back after 20 minutes and he would have no recollection of his earlier panic. I would sometimes purposefully make the same comment to him to try and understand the size of the mental prison in which he lived. Five to ten minutes after remarking to dad that we’d need to soon put a brick on the heads of our two teenage sons to stop them getting too tall, I’d say it again. He never once remarked that I’d already said that.

One night at 1am the Bowral police called me. They had found him wandering in the backstreets of the town, confused after getting himself to Central and catching the train. I drove the 90 minutes down from Sydney and found him contentedly drinking tea with the night duty police. I gently asked him what he was doing there, but it soon became obvious he didn’t understand the question.

At Bondi beach one day, I went to the kiosk to get him an ice cream. When I returned he’d gone from the bench where we’d been sitting. He had hailed a taxi, but couldn’t say where he’d wanted to go and was taken to a police station where they traced him from his wallet.

We twice brought his last living sister Rose out from the Isle of Wight to stay. They would talk for hours in remarkable detail about their life together in Portsmouth before he left England.

On one occasion when I was alone with him, he said to me tearfully that his life was awful, that he couldn’t get anything straight in his mind and that he had nothing in common with the other residents. When he melted a plastic electric jug by placing it on the cooktop, he was moved to a heart-breaking tiny, bleak room in a secure section of the nursing home.

But in all this, across his gradual decline, he rarely seemed sad. My sister often made the same observation. He took great pleasure in food, dancing with my wife to country music like Hank Williams in our living room, watching the passing parade of people in public places and visual video feasts like Baraka and Powaqqatsi, drinking in the ambience of family dinners, and most especially, in his beloved whiskey.

On his arrival from the nursing home around 10am, we’d offer him tea or coffee. He would pause and then ask a little hesitatingly if he might not have a small tincture. We’d oblige and then notice him topping up several times before he dozed off for a midday nap.

One day the matron at the nursing home took me aside and told me earnestly that she wondered if I knew that dad had a drinking problem.

I said I knew he liked a drink, but what was the problem? Was he endangering others, rowdy, abusive? She looked at me hard and explained patiently that (at 88) he might become addicted. I told her that he could have as much whiskey as he wanted.

On his last day, my brother-in-law Paul drove him to Picton where they had a counter lunch and dad drank a schooner. He went to bed that night and was found dead in bed the next morning.

Dad’s dementia was not profound. He knew who we were, although was often confused about our children. He dressed himself impeccably in a coat, collar and tie every day regardless of the weather, was never incontinent and right to the end, could hold a conversation about banalities. He was always moved by television news of tragedy.

One evening when he stayed overnight, he silently wandered in the dark into our bedroom, where in flagrante delicto, we failed to notice him until he asked just inches away, “Is that you Si?” There was no recollection in the morning.

I’ve long been an advocate for voluntary euthanasia and am an ambassador for Dying with Dignity. I edited a book on the views on it of 63 prominent Australians in 1995, when the Northern Territory’s chief minister Marshall Perron had just introduced his bill for the brief period that it became law before being overturned by Commonwealth legislation in 1997 that effectively removed the rights of Commonwealth territories to legislate.

The recent film Last cab to Darwin dramatised the case of one man who thought he wanted to be helped to end his life.

Choosing when to go is a common conversation for baby boomers as we move into our final decades. I’m always quick to say that I never want to move to a nursing home, and will take steps to end my life at a time of my choosing should I ever find it not worth living. Such decisions seem relatively uncomplicated when I contemplate being given a terminal diagnosis late in life or being told that I have a disease like motor neurone disease.

But many of us will not be given such a diagnosis. Dad slipped into increasingly obvious dementia over ten or so years. It’s hard to know what he perceived about his decline. He never talked about ending his life. He had many long hours of joy in the years he lived with his deterioration. He certainly died with dignity, but it could have easily been different.

The gradual but very unpredictable realities of cognitive decline are one of the most challenging that anyone open to ending their own life will face.

Photo credit: A younger me (Simon Chapman) with my dad (Alec Chapman)

Simon Chapman AO PhD FASSA HonFFPH(UK) is Emeritus Professor in Public Health at the University of Sydney. He has published over 530 articles in peer reviewed journals and 19 books and major reports. His H index is 64 and he has over 15,000 citations. In 1997 he won the World Health Organization's World No Tobacco Day Medal and in 2003 he was voted by his international peers to be awarded the American Cancer Society’s Luther Terry Award for outstanding individual leadership in tobacco control. In 2008 he won the NSW Premier’s Cancer Researcher of the Year medal; the Public Health Association of Australia’s Sidney Sax medal; and was a NSW finalist in Australian of the Year. He was deputy editor (1992-1997) then editor (1998-2008) of the British Medical Journal's, Tobacco Control and is now its Editor Emeritus. He was made an Officer in the Order of Australia in 2013 and was named Australian Skeptic of the Year.