Bowel cancer screening tests can save your parents’ life

Categories: Everyday caring, Health, My parent is just getting older, Where to startBy Michelle Chaperon10 June 2021Leave a comment 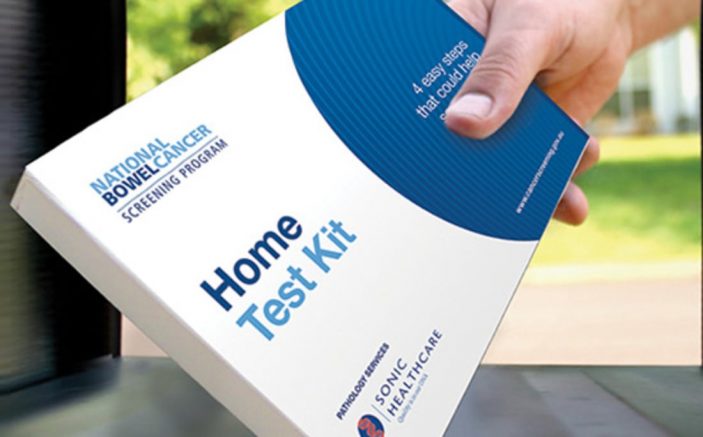 Your parent’s lives could be saved with a free bowel cancer screening test kit in the mail. The National Bowel Cancer Screening Program (NBCSP) aims to test those aged between 50-74 every two years to help with the early detection of bowel cancer – the second most common cause of cancer deaths in Australia.

Given the age range, this information might be helpful for you and/or your ageing parents.

Almost 100 people die from bowel cancer in Australia every week, but as it’s a slow-growing cancer, it’s potentially one of the most preventable cancers through early detection from screening and testing. According to a 2017 study by Cancer Council Australia, screening for bowel cancer can reduce deaths from the disease by between 15% and 25%. If caught early enough, it can often be successfully treated. The bowel cancer screening test is the most The Cancer Council and Australian Government Health websites have some really helpful information on bowel cancer. We’ve included some highlights below.

What is bowel cancer?

When cells in the lining of the bowel grow too quickly, growths can form called polyps or adenomas. These growths are often benign, but can develop into bowel cancer over several years.

There are often no symptoms in the early phases, that’s why regular screening and testing is important. Symptoms of bowel cancer include:

If you or your parent has any of these symptoms, you or they should speak to their GP as soon as possible. Remember early detection is key.

Age is a risk factor for bowel cancer with those aged over 50 being at risk. Other risk factors include:

How to reduce the risk of bowel cancer

Your parent can reduce the risk of bowel cancer by:

The test that comes in the mail is called an immunochemical Faecal Occult Blood Test (iFOBT). An FOBT does not diagnose cancer on its own but looks for signs of polyps, cancer or other blood conditions which usually comes in the form of microscopic traces of blood in stools. If the FOBT is positive, a doctor will conduct other more comprehensive tests such as a colonoscopy.

Your parent will need to collect two stool samples and post them using the reply paid envelope as soon as possible. While it sounds a bit gross, the kit comes with comprehensive instructions to make it as quick and clean as possible.

How do we get the test?

When you or your parent turn/ed 50, you should have received an invitation to screen with a bowel cancer screening test kit mailed to you. They are sent around the time of your birthday, but it may be up to six months later. The weather impacts the tests, so if you live in a hot area, you should receive your test in the cooler part of the year. The bowel cancer screening tests come every two years until you turn 74. If you don’t get a letter within 6 months of your 50th birthday, or haven’t seen one around your 52nd, 54th etc, check that your Medicare details are up to date, by contacting The National Cancer Screening Register.

You don’t have to wait for the free Government test to be mailed to you. If you or your parent has any concerns or if they are showing any of the symptoms, they should see their GP. There are also bowel cancer screening tests available from pharmacies but you will need to pay for it.

Important note: This article is subject to copyright. Carers’ Circle is an Australian website and the information in this article might be specific to Australia. We do not provide health, legal, financial or other advice and this article should not be used for making decisions. You and others should seek advice from suitably qualified professionals. Any use you make of this article is at your own risk and to the extent permitted by law we disclaim all liability in connection with this article. You should read the Terms of use page on carerscircle.com.au for more details about this and the basis on which this article is provided.