A real death: what can you expect during a loved one’s final hours?

Categories: Death, Everyday caring, Health, I need help with my parent now, My parent is in care, My parent is just getting older, Palliative care, RelationshipsBy Charles Corke and Peter Martin8 August 2021Leave a comment 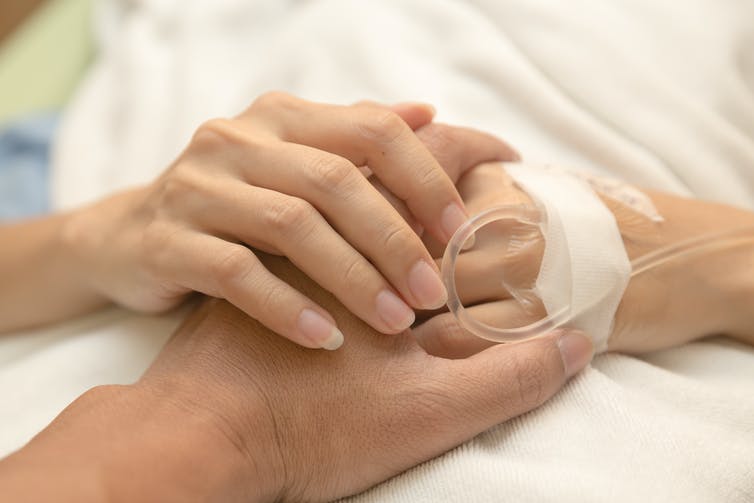 It’s hard to predict events in the final days and hours of a person’s life. Some deaths are wonderful – a gentle decline preceding a gracious demise. Certainly, these are the sorts of deaths we see in films or on television, where the dying patient bids farewell to gathered family and friends before softly closing his eyes.

These gentle departures happen in real life too – many people simply die in their sleep, and many families and friends share the privilege of witnessing the calm and serene departure of a loved one. Of course, grief follows, but those left behind are able to take solace in the knowledge and memory of a peaceful passing.

Unfortunately for every “good” death, there are many which are much more stormy and drawn out. These deaths can leave families traumatised for many years or simply make the grief that much harder.

Most people in western societies die in hospitals or in institutional care. Keeping death out of sight and out of mind in this way means that most people have little real experience of death and dying.

It is difficult to accept death in this society because it is unfamiliar. In spite of the fact that it happens all the time, we never see it.
– Elisabeth Kubler-Ross, Death: The Final Stage of Growth, 1975

The dying process is unpredictable. While dying may occur quickly and unexpectedly, it can take many, many hours, or even days.

Some families interpret a long process as a reflection of the strength of their dying relative, and see this time positively, often as an opportunity for reflection.

But many struggle to find any positive meaning in a prolonged, confronting bedside vigil, observing and awaiting an inevitable outcome. For frail elderly family members this can be especially stressful, with other family members worrying about the impact, physical and emotional, on them.

This is particularly the case when the changes accompanying the process are not as gentle and predictable as we would like. The bodily reactions that accompany dying can be quite florid. The majority of patients become unsettled as they approach death.

As the end nears, it’s not uncommon for the breathing pattern to change, involving repeated cycles of breathing stopping (for what seems like ages) only to start up again. This restarted breathing is often quite rapid and deep. It then slows and stops again, and this cycle repeats over and over. (This sort of breathing is called Cheyne-Stokes respiration, named after Dr John Cheyne and Dr William Stokes who described it in the 19th century).

For family this can be difficult for each time the breathing stops it seems death has finally come, but no. Death seems to toy with them.

On top of this, breathing often becomes noisy. This is the so-called “death rattle”. During dying, swallowing becomes impaired and secretions, which would normally be swallowed or would provoke a brisk cough, sit at the back of the throat. With each breath, air bubbles through this fluid, and the resulting guttural noise often causes concern and distress to onlookers.

Medications to dry the secretions may help, and positioning the patient differently may also assist, but rarely do they stop the noise completely.

Warning families of these common changes that they may witness may help prepare them for the time ahead, but some are still disturbed.

For some people – both patients and their families – dying is difficult. Irish author Sheridan le Fanu (1814-1873) commented, “Old persons are sometimes as unwilling to die as tired-out children are to say good night and go to bed.” And it can seem this way to exhausted and emotional relatives.

Frequently family members ask if anything can be done to speed up the process – the patient is unconscious anyway, and the outcome will be the same. Others worry that symptom-relieving medication may hasten death.

A recent letter I received from a grief stricken lady who sat with her husband for many hours through a long and difficult death, reported how he coughed, choked and wheezed, breathed erratically and gasped sporadically. He kept appearing to have died, only to start breathing again. This poor woman was completely traumatised, sitting through a night and day with her much-loved husband.

“It was a complete nightmare, like something out of a horror movie,” she wrote “… I just wanted the it to end, but it went on interminably. I will never forget it and I so wish it could have been made more dignified.”

The death of a loved one is sad and challenging enough without having to cope with extra trauma that results from a difficult end.

When illness or age present an inescapable conclusion to life, then it is the doctor’s dilemma to ensure a good death. However, the challenge is that this good death must occur within the constraint that medication must not be given to accelerate death, nor to relieve symptoms that are distressing to the family (as treatment is only permitted for the direct benefit of the patient).

Maybe it is time to question the belief that it is wrong to treat a dying patient in order to minimise the distress that their dying may cause their closest relatives. After all, few of us would desire our own deaths to be viewed as “something from a horror movie” and would support actions that might help our family at this difficult time.

Watching a peaceful death of a human being reminds us of a falling star; one of a million lights in a vast sky that flares up for a brief moment only to disappear into the endless night forever.
– Elisabeth Kubler-Ross, On Death and Dying, 1969

This article is republished from The Conversation under a Creative Commons license.

Carer’s Circle article on Guide to palliative care – what you need to know –
https://carerscircle.com.au/2021/05/27/guide-to-palliative-care-what-you-need-to-know/

Carers’ Circle article – Advance Care Directive – the document that conveys your end of life wishes when you can’t – https://carerscircle.com.au/2021/08/04/advance-care-directive/