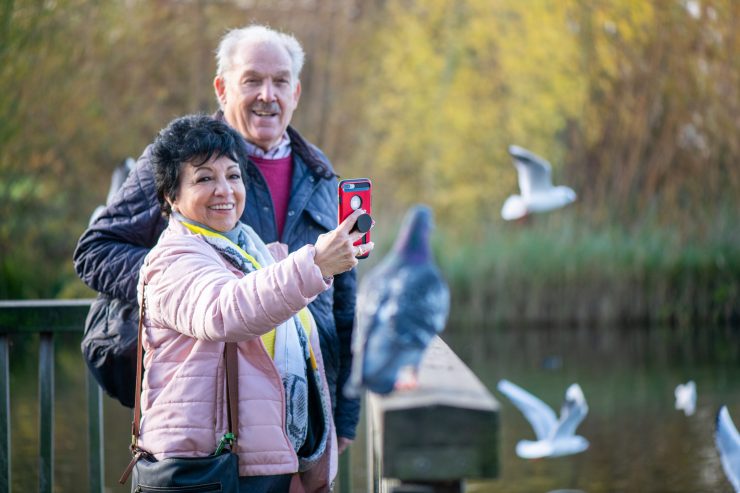 There is some dispute about what the last socially-acceptable prejudice is, but American activist Ashton Applewhite is punting for ageism.

Most of us are appalled by racist or sexist comments, but we may laugh off momentary forgetfulness as a “senior’s moment” or let it slide when we see a senior being spoken to in the same tones used for toddlers.

Each incident can be belittling and insulting on its own, but when it happens every day, multiple times, over years, they collectively become a self-fulfilling prophecy.

“A growing body of fascinating research shows that attitudes towards ageing affect how our minds and bodies function at the cellular level,” says Applewhite, author of This Chair Rocks, which traces her journey from apprehensive boomer to “pro-ageing radical”.

When people “talk down” to elders, they appear to instantly age, walking and talking less competently, says Applewhite in a TED Talk, which has been viewed more than 1.3 million times.

“People with more positive feelings towards ageing walk faster, they do better on memory tests, they heal quicker, and they live longer,” she says.

Research by the Australian Human Rights Commission finds that ageing is a loaded term. Younger Australians find it “extremely difficult to identify any benefits associated with ageing”.

It is often said that interactions with older people can be an uncomfortable reminder of their own mortality for people who hold these negative views about growing older.

Negative views are also driven by the media, which often portrays older people as forgetful, slow, frail, vulnerable, burden, grumpy and sick. That is …when they are not invisible.

Applewhite says a survey of recent Best Picture nominations found only 12 per cent of speaking or named characters were age 60 and up, and many of them were portrayed as impaired.

Australians feel age discrimination is common (71 per cent), with 35 per cent of people aged 55- 64 reporting they had experienced discrimination on the grounds of their age, according to the AHRC.

This number increased to 43 per cent for Australians aged 65 and over.

Ageist attitudes and behaviours limit the ability of older people to participate fully in the community and harm their health and wellbeing.

People often internalise these views as they age. Older people who hold negative views about their own ageing do not recover as well from disabilities and live on average 7.5 years less than people with positive attitudes, according to the World Health Organisation.

“It’s not the number of relationships you have, but it is the quality and it is important to have meaningful relationships with a range of people, both young and old. That is one of the best antidotes to depression because isolation is one of the factors that affect people’s health”.

Carer’s Circle article on Helping your elderly loved one take care of their health –
https://carerscircle.com.au/2021/11/11/helping-your-elderly-loved-one-take-care-of-their-health/

Carer’s Circle article “I’m old not stupid” – how to better communicate with our ageing parents –
https://carerscircle.com.au/2020/12/28/how-to-better-communicate-with-our-ageing-parents/

A version of this article “Embrace your age, live healthier” originally appeared on Every Age Counts – Reproduced with permission.